Anime Secret Santa: THEY WERE ELEVEN

December 27, 2019
This post is brought to you by this year's Anime Secret Santa.  Thanks to the folks at All Geeks Considered for hosting this year, and thanks to Evan Minto (@VamptVo) for the suggestion!

For all the fuss that manga fans make over the Magnificent Forty-Niners, shockingly few of their works have made the leap to animation.  Keiko Takemiya has been the most fortunate, with three works total including two of her most notable manga.  Rikoyo Ikeda had two works that became landmarks in shojo anime.  Even Yumiko Ooshima got a lovely, lavish adaptation of her best-known work.  Meanwhile, Moto Hagio's contributions to anime have been limited to character designs for The Time Stranger (not to be confused with GoShogun: The Time Etranger) and the 1986 adaptation of her 1974 short story They Were Eleven. 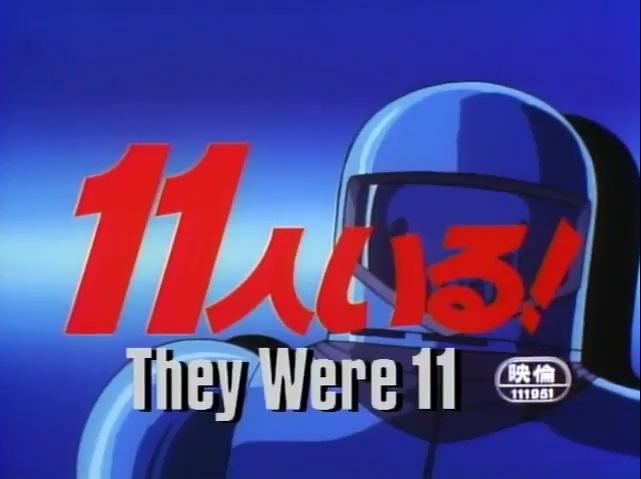 Now I've talked about this short story before in my review of the Four Shojo Stories anthology.  The good news is that much of what was good about the original short story is present here.  At its heart it's equal parts action thriller and mystery.  You have the conflict between our protagonist, Tada, and the other crew members as they struggle with the stress of the test compounded by the need to survive a deadly invasive plant and their ship's slow drift towards a nearby sun.

Yet it's also rife with mystery: why does their ten person crew have an extra person?  Who is the interloper and what is their purpose?  What happened to the ship they found themselves upon? Why does Tada seem to know the layout of the ship so well?   Each part is tense and engaging, but it also gives most of the cast a chance to demonstrate something about their character as a person.  As far as adaptations go, it's a fairly straightforward one and much of what makes this movie work is what Hagio brought to it in the first place.

The problem is that the original They Were Eleven was a short story, not a full-length manga.  The pace is quite brisk, and because of that the movie has to stretch things out.  That wouldn't be a bad thing, except that the bulk of the story ends up in the first and third acts and the second becomes something of a drag.  That makes it strange that it skips over some moments of character building and action for the sake of montage and brief original content.  Did the film truly gain anything from a weirdly comic food fight midway through other than a place to stick an insert song? 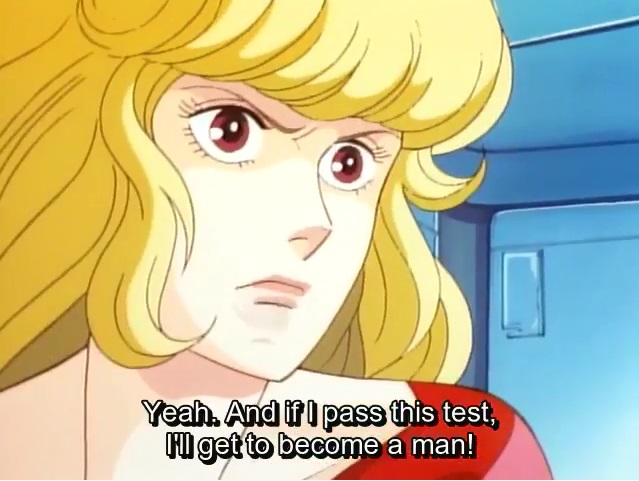 The biggest exclusions come at the expense of how They Were Eleven discusses gender, something that was more prominent in the original story.  One of the crew members, Frol, is physically intersexed but strongly identifies as male.  For Frol, passing the test is more than just an issue of pursuing their dream career.  For them, it's a chance to live as their chosen gender instead of defaulting to womanhood and early, polygamous marriage due to their culture's rules.   The original story lays this out fairly early on, an act which becomes a moment of bonding as other crewmates shares stories about their own backgrounds.  It also leads to the reveal that the lizard-like Knu is also genderless, who brings his own insight on the matter.

The inclusion of these additional elements is important not just for the sake of gender representation, but because it helps counter some facets of Frol's storyline that have not aged so gracefully.  While both the original story and the movie play their constant comparing of bodies with Tada for comedy, it takes on a more poignant element after Frol's reveal.  The movie moves that moment into the second act, which ends up reframing these moments as vaguely comedic set-up for their eventual relationship.  It doesn't help that their relationship concludes on a very heteronormative note in both versions.  It's painted as a happy ending for both, but to modern viewers it may feel like a cop-out. 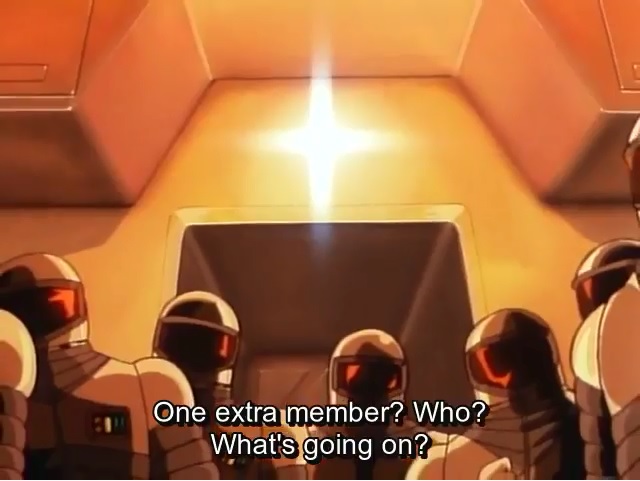 The voice cast also carries this movie a lot.  The Japanese cast is loaded with notable seiyuu,  including Hirotaka Suzuoki, Norio Wakamoto, Toshio Furukawa, and Akira Kamiya as our protagonist Tada.  Kamiya in particular is the stand-out here, giving a curiously sensitive performance for a man best known at the time for playing a guy who punched people until they exploded.  The dub is sadly not quite up to its level, which is strange considering the talent behind it.

It benefited from a strong adaptation handled by Space Battleship Yamato expert Tim Eldred and noted translator Dan Kanemitsu.  The dub itself was made at Animaze under a director responsible for some of the best dubs to come out of the 1990s and 2000s.  It's loaded with plenty of notable L.A.-based dub actors, even if most of them are working under their non-union aliases.  Yet the whole thing comes off as a bit too earnest and goofy for its own good, and the less experienced actors (most notably, Curtis Jones as Tada) suffer for this.

If this movie has one major failing, it's the men directing it.  Tsuneo Tomokaga is a fairly obscure director, best known for cult oddities like the Cipher OVA.  Satoshi Dezaki is more recognizable, but not so much for his own work but because of his far more famous and illustrious little brother.  The closest Satoshi Dezaki has come to international fame is as the director of the infamous schlock-fest Mad Bull 34.  Considering how workman-like this feels, it feels safe to presume that Dezaki was the one who was primarily in charge and it's hard to imagine a worst fit for the material. 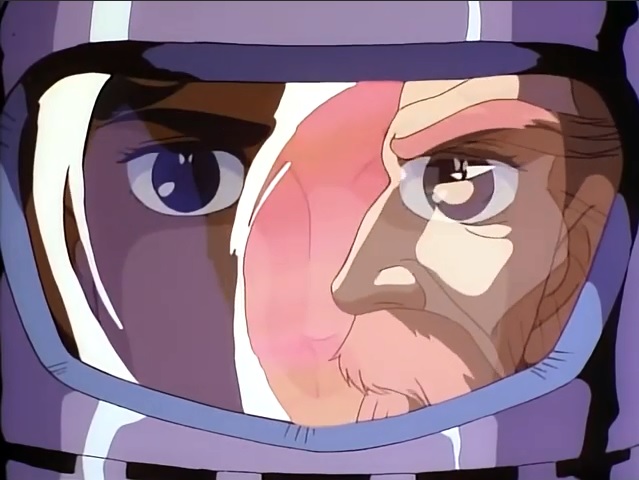 Neither of these men bring any particular sort of visual flare to the story other than some indifferent usage of reflections, and even those largely disappear after the first act.  There's so much they could have done with lighting, color, or storyboarding to heighten the mood, but most of it consists of dim lighting and medium close-ups.  The score does this movie no favors either, as it tends to default to cheap, tinny synth riffs that do nothing to enhance the atmosphere of the film.  The animation is merely OK.  This would not be Kitty Films' last time handing a sci-fi anime, it's clear that they were much more comfortable making things like Rumiko Takahashi rom-coms than a prestige piece like this.  About the only thing that does work visually is the translation Hagio's original character designs to film, thanks in no part to a character designer that was well versed in translating 1970s shojo art to animation.

They Were Eleven is not the worst adaptation, but it's easy to see why this never became a classic nor overshadowed its illustrious source material.  This is material that needed a visionary to truly bring it to life and instead got the equivalent of the B-squad.  As it is, it mostly coasts on its original voice cast and the innate quality of the original manga.  It's a curiosity for fans of vintage shojo and vintage sci-fi, but nothing more beyond that.

Popular posts from this blog

An Essay On Anime, Fandom, and Metaphorical Comets of Joy 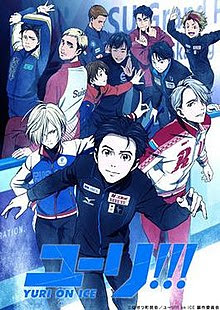 Recently I've been thinking on those times when life is hard and then some piece of media comes blazing through your life like a comet, bringing a little bit of light and wonder in its wake.

I remember around this time of year three years ago, when I stuck in a long stretch of unemployment.  Few things chip away at your self-confidence than the endless search for a job, trying to tell total strangers what you think they want to hear and trying to project enough confidence to pretend that you can do some random office job in some industry that feels miles away from your true calling.  That's where I was, filling the time that wasn't spent in that search (or the resulting funks that came from the lack of results) with household work and writing reviews.

That's when the fall season of anime started, which included what was easily the most hyped show of the season, an original work by a well-acclaimed lady director about (of all things) ice skating.

Top 10 DMP Manga That Should Be Rescued 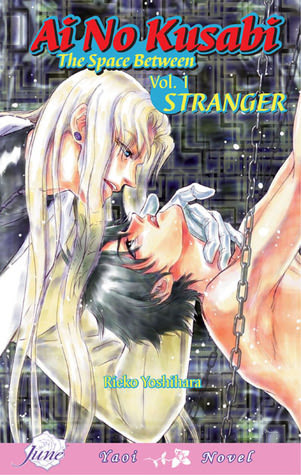 Once again, the rumor mill is churning about Digital Manga Publishing's future as one Kickstarter is all but confirmed to be dead and others face an uncertain fate.  While it may be a little too early to start writing the eulogies, it's not too early to look back upon the many works they've licensed and wish for some of them to see print again.  With over a decade's worth of books scattered over a handful of imprints, there's more than enough to make a Top 10 list's worth. 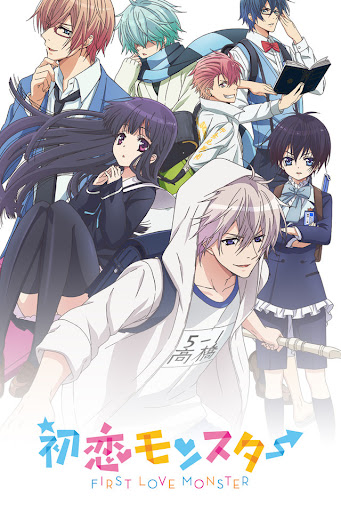 It’s hard to come up with a new twist on shoujo romance. We have over half a century’s worth of manga and anime on the subject, and often it feels like virtually every twist and concept possible has been explored at least once. Good creators can overcome this sense of fatigue through thoughtful writing and new perspectives. Bad creators overcome it by adding sensationalist elements to grab the public’s notice, and more often than not this trick is turned until the sensationalist part becomes normalized. We’ve seen this happen before with lolicon. We saw it happen more recently with incest, particularly where little sisters are concerned. In the case of First Love Monster, based on the manga by Akira Hiyoshimaru, we saw it attempted yet again with one of the few taboos left in the world of anime and manga: shotacon.

Shotacon, like lolicon before it, is a Japanese slang term for the sexualized portrayal of pre-pubescent children. In this case it’s focused on boys, but unlike lolicon it’s…
Read more

Megan D
A Renaissance Josei that sidelines as a Manga Test Driver...that is, when she isn't busy playing video games, losing herself in a good book, or being distracted by a shiny thing.