February 02, 2018
Want just the manga reviews?  Head over to The Manga Test Drive! Want more writing from me?  Check out my previous articles at Anime Feminist ! Want to hear me talking with friends about manga?  Check out my takes on Wandering Son , Tropic of the Sea , X-Day , Sweet Rein , Legal Drug , and Clover on the (sadly defunct) Rainy Day Reading podcast and on The Key to the Kingdom at Shojo And Tell ! Want to hear me talking with friends about (mostly bad) anime?  Check out my takes on Diabolik Lovers , Miracle Train , Perfect Blue , Another , Vividred Operation , High School DxD , Lance 'n' Masques , and Upotte!   at the Heavy Storms podcast! Want to give me money for what I do?  You can do so either through Patreon or buy me a Ko-Fi ! Want to commission a review?   The details are here!
Post a Comment
Read more 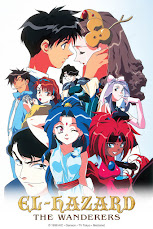 There are a lot of reasons I cover shows here on Disaster Report.   Some of them are famous failures.   Others are shows I wouldn’t even know about if not for friends and mutuals.   A few end up here because they manage to thread that magical, metaphorical “so bad it’s good” needle. Sometimes, though, it’s entirely personal.   That is certainly the case for 1995’s El Hazard: The Wanderers .
Post a Comment
Read more 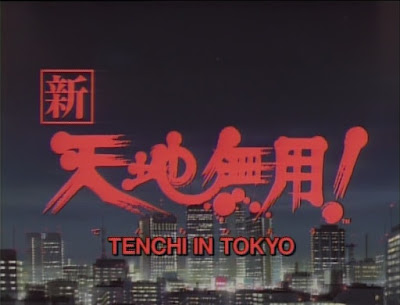 AIC produced a lot of hits over the years, but few of them could compare to the success and impact of the 1992 OVA Tenchi Muyo! .  What began as merely a sitcom-inspired AU starring a minor character from Bubblegum Crisis made in part to sell Pioneer laserdiscs became a landmark in the growing genre of harem anime and an international sensation in its own right.  For AIC, it was the goose that laid golden eggs, and each new egg was a success in its own right.  One OVA soon became two, which was followed in turn by the full length TV series Tenchi Universe .  From there the franchise branched out into various films, specials, OVAs, and spinoffs. Sadly, no anime franchise can succeed forever and Tenchi Muyo was no exception.   It has stumbled many times over the last 30 years, and many of its latter day installments would be a perfect fit for this column.   That would be a little too easy though, even for me.   I was more interested in determining the exact point where the franchise’s
Post a Comment
Read more 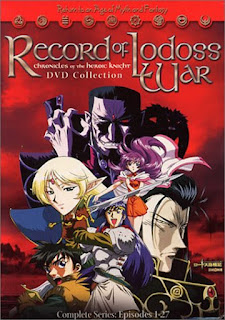 The 1980s are considered by many to be the glory days of the anime OVA, but the 1990s was no slouch for the format either.  While the number of OVAs decreased due to Japan’s economic recession and changing trends in media, there were plenty of excellent, influential, and fondly remembered OVAs that came out during that decade.  That being said, in the 1990s animation studios began to view OVAs less as a place to experiment and more like the seed of a potential new franchise, complete with a TV-length adaptation.  Over the next few months, I’m going to be exploring how three very different OVAs got lost in translation in their transition to television in the late 1990s, all at the hands of the same animation studio.  Let’s begin with the oldest of these OVAs: Record of Lodoss War .
Post a Comment
Read more 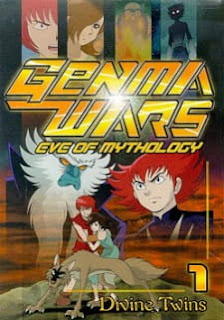 This review was commissioned by @zawa113CJ .  Thanks! In the early 2000s, there was a sudden urge within the anime industry to take stories from the manga world’s most acclaimed creators and turn them into shiny new anime for a shiny new millennium.   During those first few years of the decade, there were both remakes and new adaptations of works by Osamu Tezuka, Mitsuteru Yokoyama, and Leiji Matsumoto just to name a few.   Also included in that list was the extremely prolific (and then-recently deceased) mangaka Shotaro Ishinomori. The decade had started off strongly for Ishinomori fans.   In 2000, Kamen Rider Kuuga helped to reboot the franchise that Ishinomori helped create after a 13 year hiatus.   2001 would see animated adaptations of both Cyborg 009 and Android Kikaider , both of which were successful enough to get licensed in America and even air on TV.   It’s no surprise that others would want to capitalize on these two trends by producing 2002’s Genma Wars: Eve of Mythology
Post a Comment
Read more

The Story of Animerama: Legacy 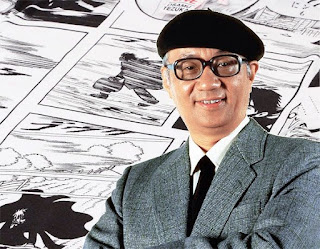 The Animerama trilogy officially ended in 1973 with the failed release of Belladonna of Sadness and the closure of Mushi Productions.  That was far from the end for Osamu Tezuka and Eichi Yamamoto, the men who had helped bring that troubled trilogy into the world.   While both were successful in their post-Mushi careers, each of them took a very different path to success at very different times in their lives.   Meanwhile, the Animerama films would linger in obscurity for the better part of a half-century, waiting for a time and an audience that would be more receptive to what these films had to offer.
Post a Comment
Read more

The Story of Animerama: Belladonna of Sadness 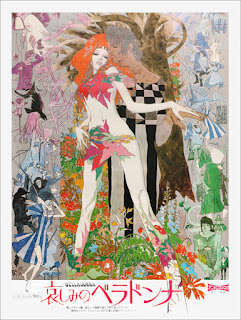 By 1971, things looked grim for the Animerama project and Mushi Productions.  Cleopatra had flopped, Tezuka had resigned from the studio in shame, their animators were leaving en masse , and not even the success of Ashita no Joe was enough to boost Mushi’s flagging fortunes.  It was during this desperate time that Eiichi Yamamoto would create the final Animerama film: Belladonna of Sadness .  After years of trying to realize Tezuka’s vision, it was finally time for him to demonstrate what he was capable of as a director.  Belladonna would unite its unconventional source material, a handful of outside talent, and the limited resources of a dying studio into a film unlike any other anime before or since. __________________________ Strictly speaking, Belladonna of Sadness is not an Animerama film.   While there were vague plans for a third film when the project was first conceived, they were never fully developed.   The true inspiration behind this film was the famous animated ad
Post a Comment
Read more 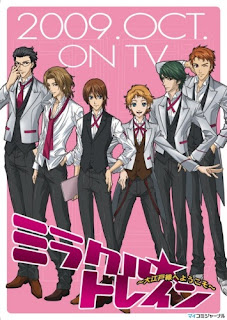 Japan is famous worldwide for its ability to anthropomorphize anything for the sake of promotion.  People have written literal books on the subject, and the variety and specificity of their many, MANY mascots is a common subject of lighthearted ridicule online.  Not even anime is safe from this  phenomenon.  They’ve made anime about headphone mascots, pop cans, and the nations of the world, just to name a few.  There’s only one series that dares to give that sort of treatment to a Tokyo train line, though: 2009’s Miracle Train: Welcome to the Oedo Line .
Post a Comment
Read more
More posts

Megan D
A Renaissance Josei that sidelines as a Manga Test Driver...that is, when she isn't busy playing video games, losing herself in a good book, or being distracted by a shiny thing.